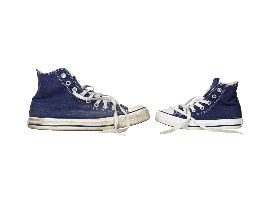 Leave  the upsets of the past behind...

Parks Inner Child Therapy (PICT) is a powerful and versatile visualisation-based therapy which brings together a number of different therapeutic approaches to help to create rapid and positive change.

Although originally created to specifically help people recover from the trauma and damage related to sexual, physical and emotional abuse during childhood, it is equally effective for a wide range of emotional problems. Eating disorders, Obsessive Compulsive Disorder (OCD) Dissociative Identity Disorder (DID), self- harm, ritual abuse, anxiety or depression, Post Traumatic Stress Disorder (PTSD), irrational fears, working with abusers, grief and loss issues (including murder, suicide, abortion, miscarriage, still birth, loss of job, material things or pets) are all helped through the PICT approach. PICT therapists also have the skills to assist with Critical Incident Debriefing (the witnessing or experiencing of highly traumatic events, such as vehicle crashes, bombings etc).

The most significant feature of PICT is that it can bring change about gently because there is no need to disclose any details of what happened in the past. The effects of the trauma are addressed rather than the detail, which allows clients to maintain their privacy and dignity, whilst working quickly and effectively to create beneficial and lasting change

Through PICT we can see that sometimes the beliefs about ourselves that we learn in childhood hold us back in later life and, even if we are not aware that they are there, they continue to play in the back of our mind giving us unhelpful messages; 'I am not good enough' and 'I am unlovable' being the two most familiar examples.

PICT works on the premise that the ‘inner child’ (the part of our unconscious mind where the memories & beliefs of childhood reside) who holds the original beliefs, can be communicated with and the limiting beliefs can be changed. It may be assumed that this would happen automatically as we become adults, but we do not always know that these beliefs exist and so PICT uses the ‘today’ adult conscious mind to communicate with the inner child from the past and change the thoughts that are holding us back.

At the conclusion of PICT therapy clients regularly report feeling a sense of completion, a new sense of understanding of how and why they had their problems and a feeling that they now have all the puzzle pieces of their lives back together. This sense of inner harmony generally prompts clients to feel they are able to successfully deal with any new challenges life may bring because they are no longer hindered by problems or traumas from the past.

How PICT differs from other approaches

PICT has a flexible structure – a beginning point, middle and end, as well as providing clear measurable results. PICT can easily, quickly and gently deal with even the most traumatic experiences because there is no need to reveal painful details. PICT is designed to obtain thorough understanding and resolution of trauma/problems, rather than leaving gaps that can bring the same problems back to the surface later on. It is designed to work fast whilst still creating deep and lasting change – what would generally take six months to a year using most therapeutic models, can be cleared in 5 to 12 sessions using PICT. Consequently, PICT greatly reduces waiting lists, ends the ‘revolving door’ syndrome and creates gentle, lasting resolution, rather than only offering ‘support’.

PICT was devised over 30 years ago but continues to remain at the cutting edge of the resolution of trauma, childhood abuse & emotional challenges. The rapidity of its effectiveness has been enhanced by the introduction of the PICT Quick Change model, devised originally to cater for clients from overseas; where resolution may be completed in a series of 5 consecutive days of 4 hour sessions. (The QC 4 hour sessions can also be offered in 2 or 3 day weekly formats).

Please see Testimonial page for a write up of how PICT has really helped one of my clients to go on and discover their real self and, as a result, they have gone on to achieve truly amazing things 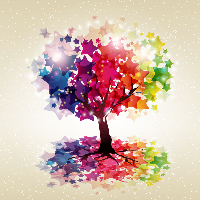 EMDR is a method that accelerates the processing of traumatic, frozen memories and resolves fixed behavioural patterns. Clients often report spontaneous insights into themselves, which are linked to the traumatic memories, which empower them to comprehend new feelings, thoughts and actions.

After only a few sessions, EMDR causes noticeable changes with regards to cognition, emotions and body experience. It can be used as a standalone therapy or alongside other established therapeutic approaches.

During EMDR treatment the client repeatedly focusses for short periods of time, simultaneously on traumatic material as well as on an external stimulus, for example bilateral eye movement led by the therapist.

EMDR influences the neural pathways in the brain. Through bilateral stimulation both brain hemispheres are activated and synchronised in relation to a traumatic event.

Scientific studies have repeatedly confirmed the high level of efficacy and lasting results of this therapeutic approach. Since 2006 the effectiveness of EMDR in treating Post Traumatic Stress Disorder (PTSD) has received worldwide recognition. Originally developed and tested for the processing of traumatic experiences in war veterans, its various applications have since become much more diverse.

EMDR is an effective therapeutic for:

You can reach me on: